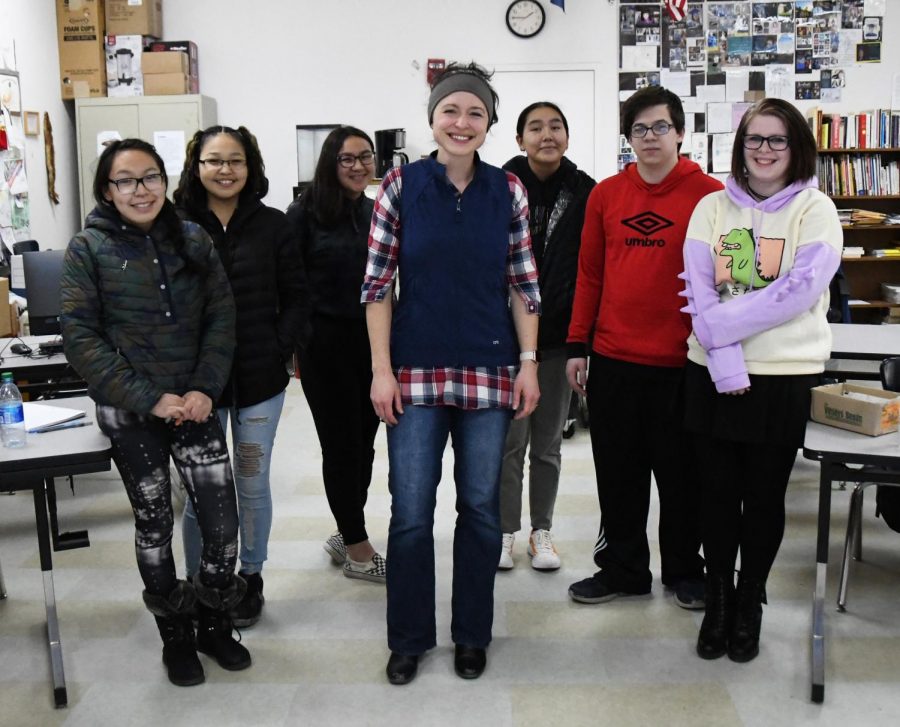 For Ruth Hunt, the scariest moment during her time in Iraq helping refugees and displaced people was that morning when she was told that ISIS had stolen an ambulance. An Iraqi intelligence officer told her during the morning briefing that “there is credible reason to believe that they have loaded it with explosives and they are headed towards our facility.”

“When an ambulance comes, we don’t second-guess it,” said Ms. Hunt. As an ICU emergency room nurse working with those wounded in war, she would see trucks, ambulances, and many other vehicles all day long. If there was a bomb in an ambulance, it would kill those guarding their facility. People she knew and loved. “If a car bomb goes off… those friends are going to die.”

“I felt so frightened for them.”

Ruth Hunt was recently in our school substituting for language arts teacher Sutton Casey last week (Oct. 11 to Oct. 15). Her husband Derik Hunt is the bus driver for the school district. They had heard about Galena and moved here after hearing about the community from a friend, Martin Hornfischer.

Samaritan’s Purse is a nondenominational evangelical Christian organization which helps people who are victims of war, poverty, natural disasters, diseases, and famine, according to its website. Samaritan’s Purse also helped rebuilt homes and help people with the flood in Galena of 2013.

One of her lessons about compassion happened when an ISIS soldier named Mohammed punched her in the throat. He had just gotten out of heart surgery, and he was put in her care as he was recuperating. When he awoke, he was scared and angry, she said, adding that ISIS soldiers were told that they would be killed by those in the hospital. Once he realized what was really going on, he apologized to her.

She worked with many Yazidis during her tour of duty. The Yazidis are a religious and ethnic minority living in northeastern Iraq who had been the target of ISIS attacks.

Mrs. Hunt said that sometimes ISIS would put explosives in the body cavities of her patients. During one surgery, the medical personnel discovered unexploded ordnance in the body of a patient.

One of the medics “scooped it up and he ran out and put in the bunker,” she said.

Ms. Hunt said that she was fortunate to have a counselor who helped her right away, but she added that she noticed some minor problems, although it was nothing like the problems that soldiers faced.

As she was leaving Iraq, people told her, “Tell people about us. Don’t forget us.”

She still keeps in touch with one of her friends from Iraq.

As a substitute teacher in our school, she said that she is always reminding herself to “still be kind” when dealing with teenagers whose issues are less severe than people in a war.

“See past the offense, and see the person,” she said.