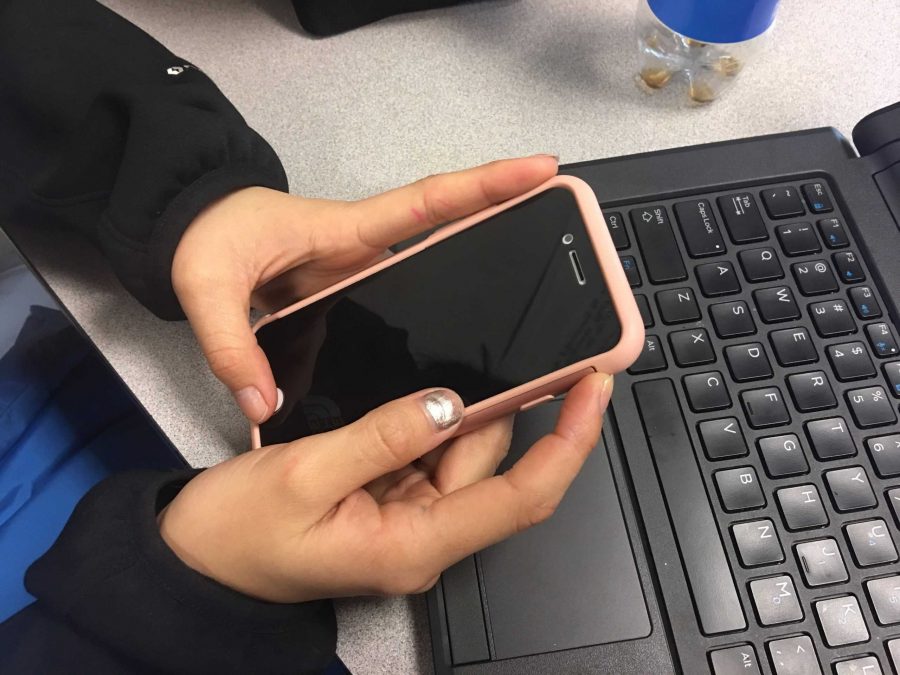 Not a sight that's often seen anymore in the classrooms in Galena high school classes.

The Galena city school district has recently started to enforce the ban on the use of cell phones and headphones in school.

The student handbook has a little over two pages that includes policies about personal electronic devices. Devices are allowed for educational purposes, but students are prohibited from texting or calling during class time with the exception of an emergency and teacher discretion.

A lot of people strongly disagree with this policy so students are planning to talk with the school board during its meeting on November 15 in opposition of the ban on cell phones.

Angelica Firmin, student representative of the Galena City School board, attended the board meeting along with eight other students speaking against the ban. Every student had a chance to speak, with some even speaking more than once.

Angelica said she was surprised by the number of students who attended the board meeting and that she was really proud of them. At first, Angelica arranged a van for students to attend the meeting and sent an email to students she thought would be interested, but only two students responded, so she was worried.

All of the students said that the ban should be lifted. That’s an opinion shared by many, but not all, other students.

The Hawk Highlights interviewed 12 students during the past month. Nine out of the twelve students were against the ban, and three of them were neutral about it.

“It helps me learn and process things. It’s one of the reasons I have good grades this year,” said junior Desiree Wittenkeller.

Atlanta Mountcastle, a junior, said she understood the reason for the ban, but wanted it changed.

“I understand how they are a distraction in class, but I feel as it should be up to the teacher. Along with the headphone policy, it should be their classroom, their rules,” said Atlanta.

Most students said they are upset with this policy because they cannot listen to music. A few students said that music helps them when students in class are being loud and when they need help concentrating.

“Students should be able to listen to music when the teacher is not directly teaching,” said Jacob Jones, a sophomore who is also in opposition of the new policy.

Possession of such devices is considered a privilege by the school board, according to the student handbook. The devices may be used during lunch, and before or after school. Improper use of devices will result in disciplinary action. Students are expected to comply with these policies.