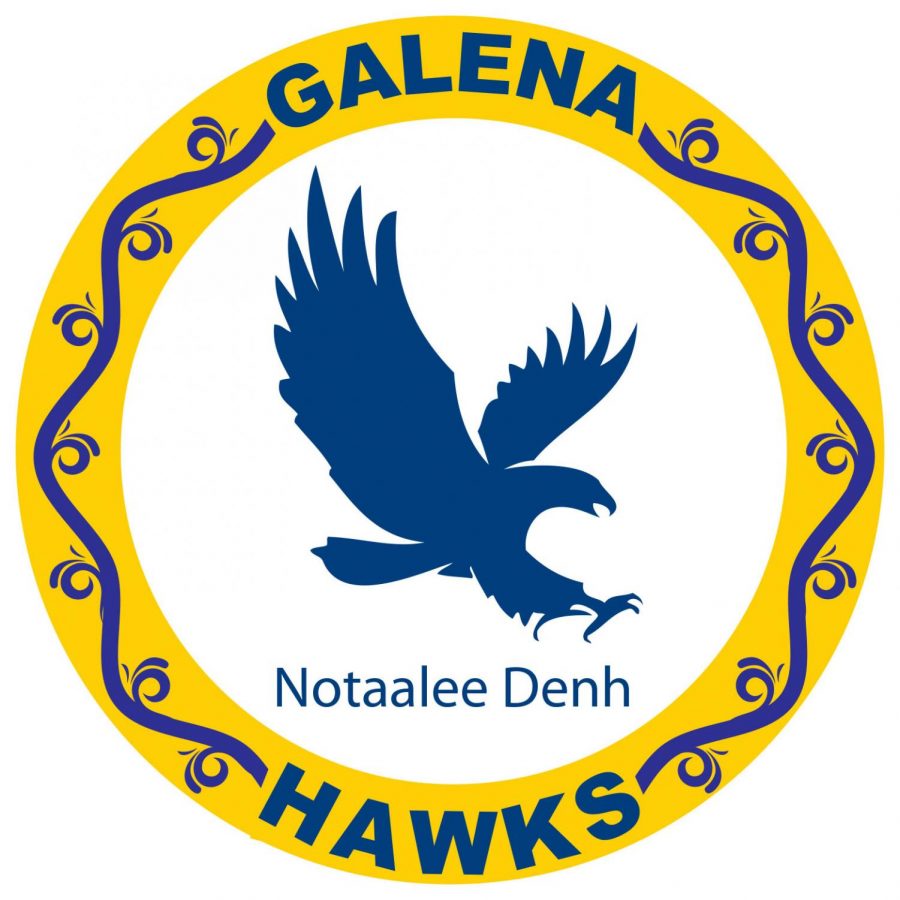 The Galena high school newspaper celebrates its 20th year with this year’s publication of the Hawk Highlights.

The school newspaper started under the masthead PERS Speaks Out. The journalism class students changed the name a few years later when the school became the Galena Interior Learning Academy, with the humorous moniker The GILA Monster.

The GILA Monster was the first of our attempts to publish online through the group myhighschooljournalism.org. We also kept up with the print editions for a long while until it became clear that media was moving online for good. When high school classes combined community students and boarding school students, we changed the name to the Hawk Highlights, a name selected in a contest won by fifth-grader Sarah Brown, who has since graduated from our school.

For a long time, I tried to maintain the online WordPress edition of the newspaper myself, but that task became too burdensome, so we decided to have joined thousands of other high school and college newspapers at Student Newspapers Online. The professionals at Student Newspapers Online have the unique capacity to combine an understanding of classroom teaching while focusing on standards for both academics and career technical training, providing quick and courteous online assistance, and presenting a deep knowledge of good journalistic writing.

Our staff is looking forward to telling the story of this year at Galena schools.

Haleigh Cowell is a 16-year-old sophomore from Fairbanks.

Her parents are Jamie Cowell and Bert Jeffers. Her siblings Ryan Jeffers, 16, of Salem, Oregon; Emma, 13; Aubre Ann Cowell, of Fairbanks; Michael Jeffers, 3, of Fairbanks; and Melody Perez, 5, of California.

Her high school years were in the IDEA homeschool program, West Valley High School, and here in GILA.

Her hobbies are drawing, reading books and writing books.

“I just want to learn to be a better writer, and to not be afraid to voice my opinion.” She said. That’s what she wants to do in this class.

Logan James Holland is a 17-year-old senior from Wasilla.

He attended the Berrien Spring School second through ninth grade. He then went to Colony High School for his sophomore year. He attended the IDEA homeschool program for his junior year.

He said that he likes “playing video games, and watching anime that sums up my life.”

Rhianne Isaac is a 16-year-old senior for Marshall.

Her parents are Darlene and Joseph Isaac. Her siblings are Kaelyn Fitka, 26, of Anchorage; Alexie Nick, 26, of Bethel; Julius Isaac, 21, of Marshall; Erica Isaac, 19, of Soldotna; Joanne Isaac, 13, of Marshall; Seth Isaac, 11, of Marshall; and Marcus Isaac, who passed away in Marshall at the age of 24.

She attended the Marshall School from kindergarten all through eighth grade and junior high school. She then went to the Sidney C. Huntington high school for her sophomore year.

She also attended the Galena Interior Learning Academy starting in the spring of her sophomore year.

She said that she “would like to learn how to tell stories more properly.”

Jaci McKindy is a 17-year-old senior from Anchorage.

She attended AMNES School in Aniak from kindergarten to the 6th grade. She then went to McGrath School from Seventh grade to the Eighth grade. Then spent her freshman and sophomore years in Galena, attended her junior year in McGrath due to the pandemic, then came back to GILA starting her senior year.

Her favorite hobbies are beading and drawing, and she does really great work. I think her earrings are very beautiful.

Anne Moses is a 16-year-old sophomore from Koliganek

She attended kindergarten school in Hooper Bay. She than attended the Koliganek school from first grade to junior high.

She attended Galena Interior Learning academy starting in the spring of her sophomore year.

“I listen to music, walk for fun, and sometimes when I’m bored I like to sew,” she said.

“I would like to learn how to take better pictures in journalism.”

Stephanie Overton is a 16-year-old sophomore from Aniak, and Anchorage.

Her parents are Samuel Overton and Samantha Phillips. Her siblings are Steven Alexie, 15, of Anchorage; and Mallory Morgan, 1, of Aniak.

She attended Crow Village Sam School in Chuathbalik and Aniak Elementary for her primary school years.

She is currently attending GILA for her sophomore year.

As she sated her hobbies are “Hanging out in the dorms with friends.”

Charlene Redfox is a 17-year-old senior from Emmonak.

Her parents are Charles and Lorraine Redfox. Her siblings are Cyril Jones, 26, of Alakanuk; Ursula Jones, 25, of Anchorage; Katie Redfox, 16, of Emmonak; Charles Redfox III, 14, of Emmonak; and Xavier Redfox, 13, of Emmonak.

She attended the Emmonak School from kindergarten through eighth grade.

She then went to Mt. Edgecumbe High School in Sitka for her freshman and part of her sophomore year.

She attended the Galena Interior Learning Academy starting in the spring of her sophomore year.

She said that she likes “subsistence gathering and being with friends and family.”

Marilynn Mae Stein is a 17-year-old senior from Kotzebue.

She attended the June Nelson Elementary School from kindergarten through fifth grade.

Then she went to Kotzebue middle school from sixth grade to eighth grade, followed by the Galena Interior Learning Academy ninth grade through senior year.

She spent her junior year in Kotzebue due to the pandemic.

His parents are Joseph and Rhoda Apfelbeck. His siblings are Dr. Leanne Apfelbeck, 63, of Asheville, North Carolina.

He attended school in East Lyme, Connecticut until he was eight years old, he then graduated from East Lyme High School in 1974. He has two bachelor’s degrees and two master’s degrees, and is also certified to teach kindergarten through 12th grade in Alaska.

Mr. Apfelbeck lived in both New Jersey for his first eight years, and Connecticut from when he was 8 years old until he was 23. After living in Oregon, he moved to Alaska in 1986.

“I love photography, I love gardening, and I really like working with digital tools like Blender and Word Press,” he said. “I want to make the Hawk Highlights a reflection of the community, and the school.”