New police chief ready to serve: ‘We belong to you… the door is always open’ 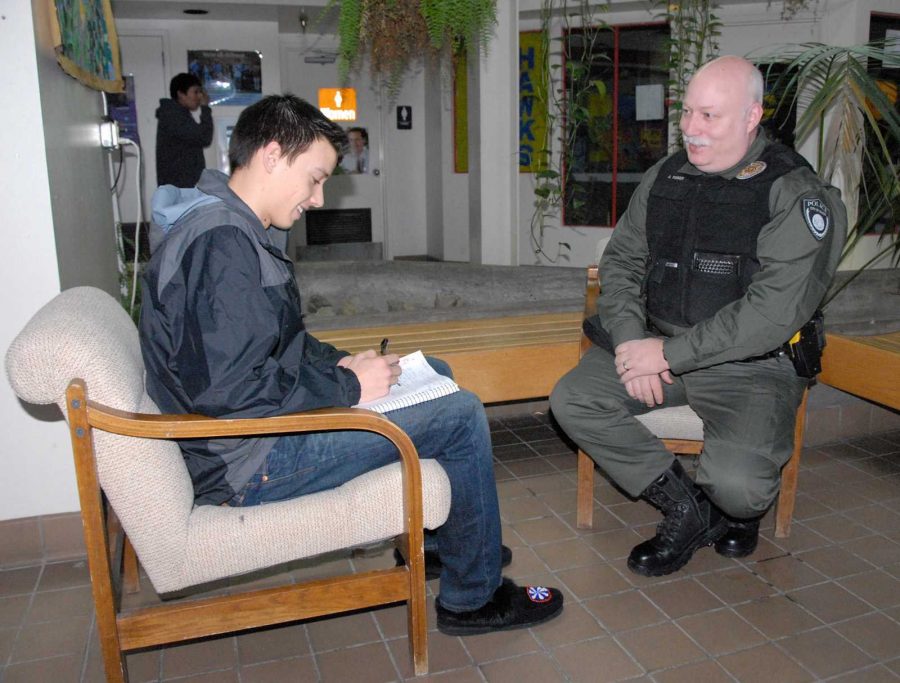 “Education [and prevention] is an extremely important part of my priorities,” said Aaron Parker, the new Galena police chief, during an interview on February 25.

“The police department and (these) other agencies are the community’s agencies,” said Mr. Parker. “We’re there… in service to the community, we belong to you… so the door is always open for anybody.”

Besides phone and email, Mr. Parker says that his department is developing a webpage, “Galenapolice.org,” and it will also have a Facebook page. He wants to be involved in community events in hopes to making his availability known to everyone in the community.

“More than anything else it’s developing those one on one relationships with people [that’s most important],” he said.

Mr. Parker said he doesn’t want people to seek help from him as Police Chief Parker with the Galena Police Department.

“Call Aaron, he might be able to help you,” he said.

With Galena’s police department being an avenue to other public safety and enforcement services, he explained that the better he does at creating personal relationships within the community then the easier it will be to provide more of these much needed services for everyone.

Parker also sees the potential of the boarding school to be a outlet of justice for other places in Alaska. “I have learned that law enforcement is most effective when it is born out of good relationships with people in the community,” said Mr. Parker.

He eats breakfast, lunch, and dinner with students at the GILA dining hall, and he says that building this relationship with the students can influence them to have a positive attitude toward life back to in their home villages.

“I am there to model and discuss healthy living and living a positive lifestyle … if I can communicate that and to encourage kids into further education which means (getting) better jobs and a better quality of life, that’s a win.

“I’d much rather help people learn to live good, healthy lives…than to go down the trail of the destruction that I see so many times in people’s lives, that end up either putting them in jail or in the hospital,” he added.

“The opportunity to make a difference in Alaska is great here because we have students all over the state here… and if I can help one student improve their quality of life or build them up in a way that they can take those lessons back to their community then we’ve improved that community,” said Mr. Parker.

Police Chief Parker was born Sept. 29, 1967 in Monterey, Calif. He was raised by John and Sharon Parker in Kenai, where he graduated from Kenai Central High School.

Parker joined the Army as a cavalry scout and after six years transferred to the Navy, which allowed him to travel all over the world. He worked closely with law enforcement during his time in the armed forces and decided to study criminal justice and justice administration. After retiring from the Navy, he changed his career to law enforcement.

After working in various villages across Alaska, Mr. Parker got wind of a new police chief position in Galena from a colleague while working in Bristol Bay Borough Police Department.

“I know that Galena is a hub community to several other villages and there’s the opportunity to develop a public safety department that can meet public safety needs, and that’s not just enforcement, that’s education, and prevention, fire safety, E.M.S., search and rescue, those types of things take and interest with me,” said Mr. Parker.

He wants to use programs such as DARE, P.A.C.T. 360, and a partnership with Drug- Free America to educate both youth and adults about how harmful drugs can be.