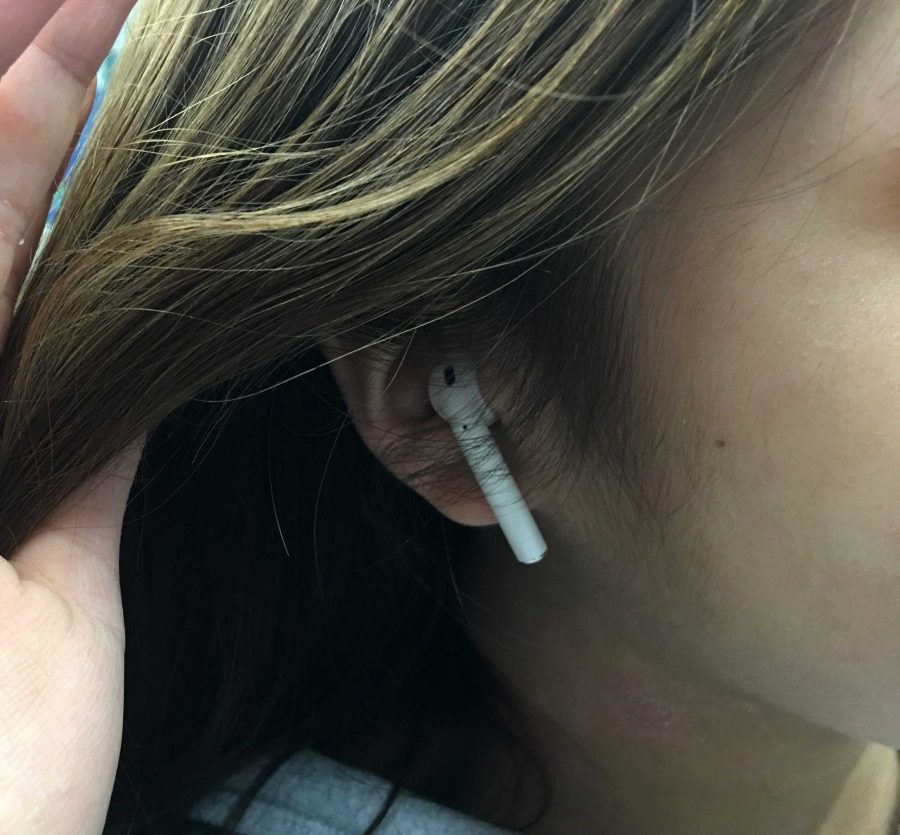 A significant number of the students attending GILA have all confessed to breaking the school’s policy on the use of headphones.

Many of them plead guilty to using headphones without permission. School district policy bans the use of headphones and earbuds in class unless there is an academic purpose for their use. The policy is in the student handbook.

Eleven students were all questioned about headphone use and only one of those students said that they were innocent  breaking the schools policy about music.

“Music will distract me because I like music,” said a male junior, the only student who claimed that they didn’t go against the school’s policy.

“Headphone use percentage is pretty high right now, you know. You’re walking around and see everybody with headphones,” said a 14 year old female at GILA.

The ways that students have admitted to getting away with listening to music during class are putting on your hood, using one side earbud in the opposite direction of the teacher, having long hair to hide it, using a cap with a hood, being super slick, or sliding it up your sleeve.

“Put it in my sweater, put it in my ear, and put on my hood, and pick my playlist. Music doesn’t distract me, man. It’s good,” said a different male junior.

Three-quarters of the students interviewed said they ignored the student handbook because they thought listening to music had no negative impact on them or their classes.

Many claim that music is not the cause of distraction during class. They said other students are the blame of being the distractions and music keeps them concentrated on work.

“It keeps out the sound of other people talking,” said another student.

“Everyone in class still talks louder than the sound of the headphones,” said one of the graduating seniors.