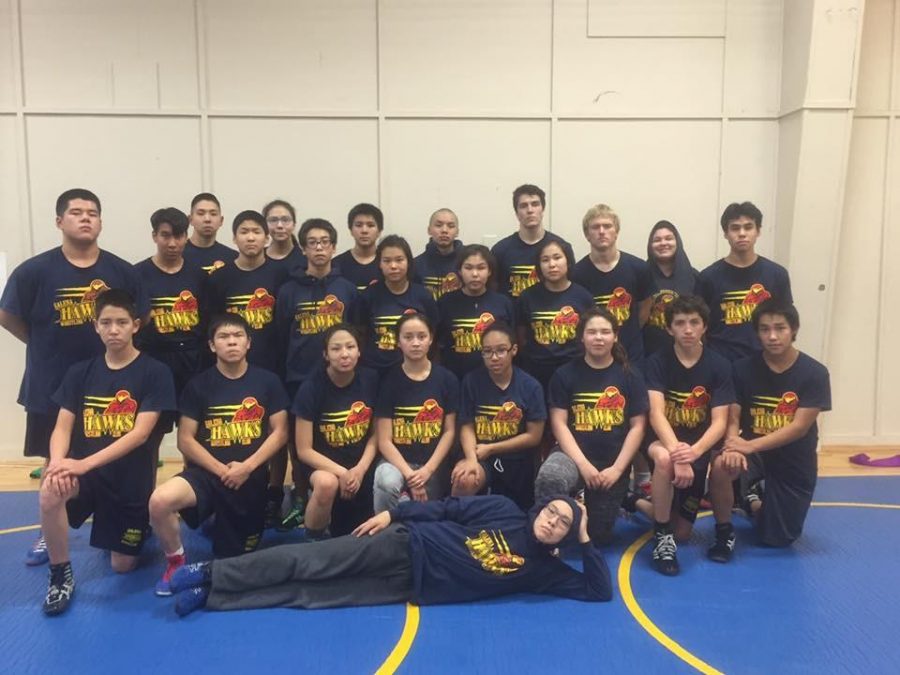 The second trip of the wrestling season was a sure success for the eager and young Galena Hawks wrestling team that took several  second places in Nome on Nov. 4 – 5.

“Amber [Kanuk] had a pretty good match. Butch [Thomas Tocktoo] also had some awesome matches. But the best match would be Butch’s second round match which Butch’s opponent scratched the back of his neck, that brought my blood pressure up,” said Josh Pittsenbarger, wrestling coach.

The wrestlers are improving, he said. “It’s a very young team.”

The results of the meet at Nome are: