Fundraising underway for this year’s prom 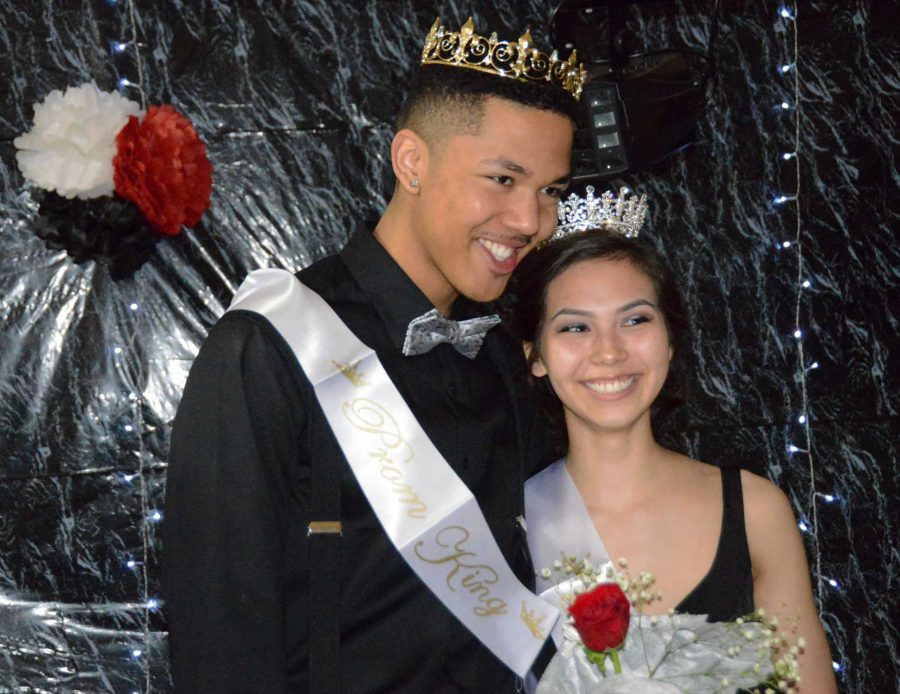 Last year's king and queen of the prom, Trenton Ambrose and Mariah Wigley.

The juniors had a meeting about prom planning and future fundraisers on Monday, Dec. 10. Sutton Casey, the new language arts teacher on the GILA campus, is the adviser for prom. Twelve juniors had attended the meeting..

Prom will be on May 14, 2019. The DJ of the event will be Lowen Ashley, and they will also have lots of finger food. Not much was said about prom or the time of the event.

In the meeting, they discussed the dinner theater, to which the juniors will be serving food to the audience. This event will happen on March 15 and 16.

For future fundraisers, Mrs. Casey has mentioned doing something for Valentine’s Day, and also starting up a talent show. They had also mentioned a raffle for prizes.

Mrs. Casey is excited for future events that pertain to prom. “We want this to be the best one!” she said. “Galena! We go big or go home!”

More money is planned on being made in the future. Mrs. Casey will try to make it fun for everyone! The next meeting for prom will be on January 14. The time and place have not yet been decided.