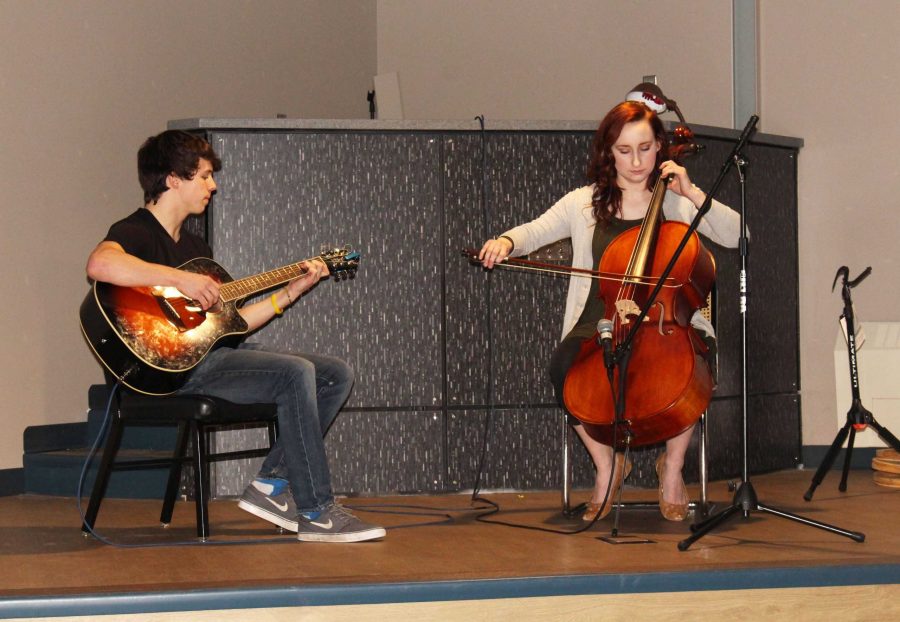 Kaleb Korta, class of 2016, and Natalie Olender, music and arts director, perform in the SUB during the grand opening last year.

Students will be performing at the first open mic night on Tuesday, Sept. 27, at 7 p.m. in the Student Union Building (SUB) on the GILA campus.

The doors will be opening at 6:30 p.m., said Natalie Olender, music and arts program director.

She said that they are trying to add more poetry reading, which is something new to the students and the community this year. Students have rehearsed two to three times before the actual performance.

The number and names of performers are not confirmed because of a couple schedule changes, with performers being added and also a few performers who had dropped out, she said.