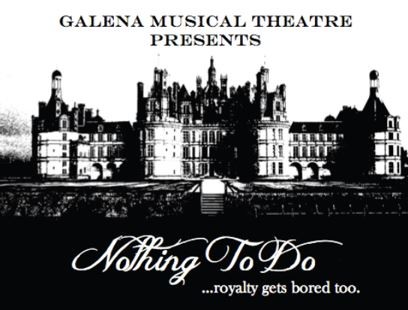 Resident advisor Natalie Olender wrote the musical Nothing to Do over the Christmas break.

The musical is loosely based on Shakespeare’s Much Ado About Nothing. Natalie wrote the entire score herself, too.

The musical will be performed April 24-26 in the GILA auditorium. They will be also be showing it at an assembly in March, and excerpts will be seen during the annual [email protected]*HOOK festival.

The play is an adaption of Shakespeare’s Much Ado About Nothing, a comedy. “I’ve always loved Shakespeare,” said Ms. Olender. She said she absolutely loves Shakespeare and has read a lot of his work. All the music is fresh and “modernly adapted” from the original Shakespearean play, she said.

Nothing to Do is about a couple who are madly in love, while another couple absolutely hates each other. Overall, it is a tale about how one couple attempts to ruin the other’s lives and constantly play tricks on each other. “It ends in a fist fight,” said Ms. Olender.

One of the couples is played by Logan Marshall and Amanda Kopp, and the other is played by Isaac McElwee and Julia Riddle.

Other cast members are: