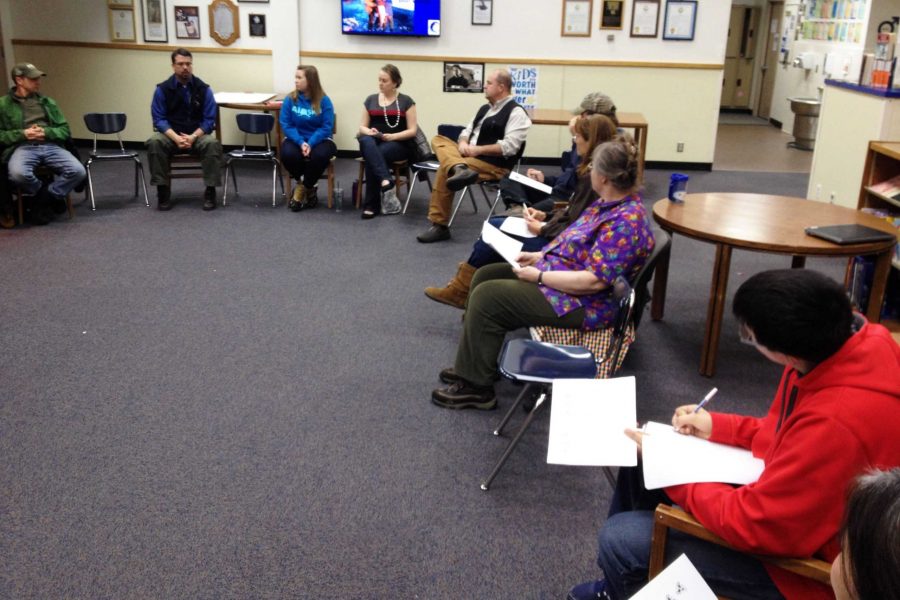 What would offer Galena students a better learning experience along with cost reduction for our schools?

It boils down to two choices: combine the two campuses into one school at the former Air Force base, or keep things the same.

That was one of the issues at the town hall meeting sponsored by the Galena school board at the SHS library on Jan. 14, and the issue that led to the most discussion. No decisions have been made about the topic by the district.

At the most recent meeting, the two dozen people who attended were asked by school board president Kim Kopp to list reasons for and against combining the schools into one campus. The reasons were listed on large sheets of paper that were hung up around the room.

Both sides brought out strong responses.

The reasons for combining the high schools onto one campus focused on lowering general costs, improving the range of classes, and scheduling; the reasons to keep schools separate focused on community and maintaining SHS identity.

School officials at the meeting said class scheduling will become an easier matter, along with general cost reduction, if the two campuses were to become one. “You want to maximize the amount of dollars coming in.” said Supt. Chris Reitan.

On the other hand, combining the two schools could result in a loss of SHS identity, several people said. One person said by keeping the SHS school, we keep community tradition of what been there before.

Another reason given for keeping the two schools was that social activity between high school and elementary students would remain possible and provide younger students with older role models. On the job training at Sweetsir’s store and the Coffee Shop for community students would remain if the two schools were to stay separate. Other reasons to refrain from combining the two campuses is for increased dining space for students, easier access for clinic appointments, and the need to retain a local school for our community.

Questions arose throughout the meeting as participants talked back and forth about the schools issue, with many comments and questions about what the SHS campus would be used for if school consolidation were to occur.

One certainty that came from the meeting was that basketball and other athletic events would still be played at the SHS gym.

“This will always be the Hawks House,” said Galena resident Tonya Korta.