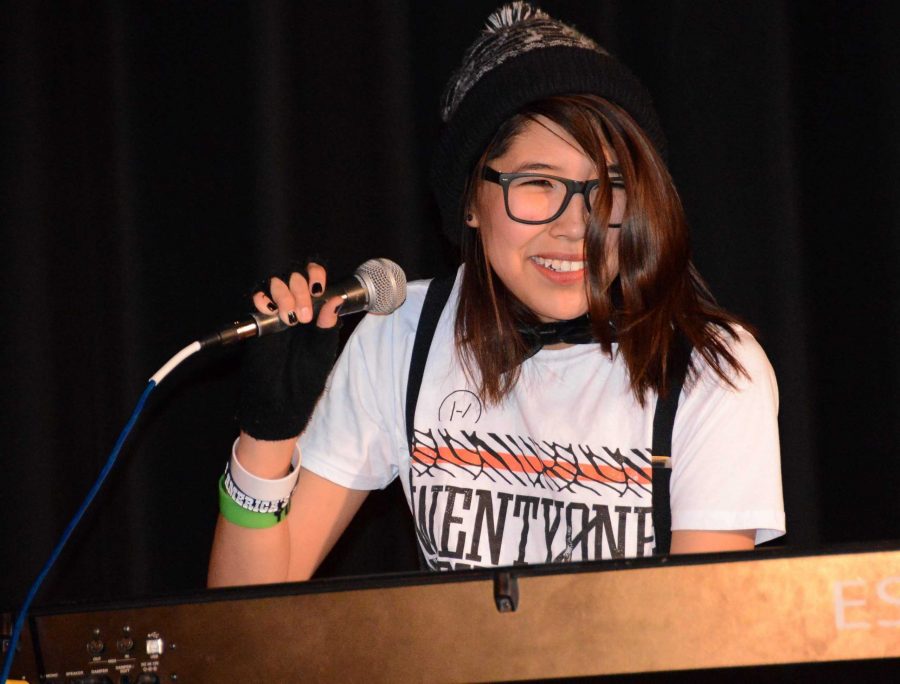 KT Chase, the winner of the 2016 Extreme Face Off championship.

Katie Chase, a freshmen from McGrath, won the 2016 Extreme Face-Off.

She played classical music with a piano and made her way up to the grand championship. The second-place winner was Kelsey Steven, 17, a junior from Bethel.

“I feel really happy, like I’m going to throw up.” Katie said. “It was so nerve wrecking, I was sweating and almost thought Kelsey won.”

During the Extreme Face-Off there was several students who competed with each other.

Each competitor played their own song for 30 seconds, and after the performance, Mr. Riddle held a snowman over the competitor’s head.

The snowman was used for the winner, whoever had the loudest cheer from the audience won the competition.

The crowd was loud with excitement for each component who played their part.

Each competitor did an outstanding performance of the 2016 Extreme Face-Off.