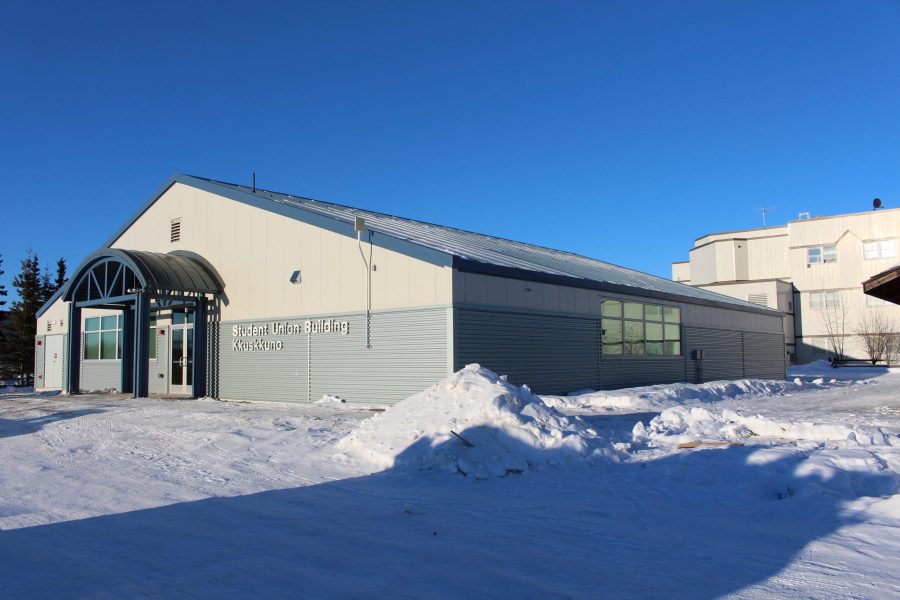 The grand opening and open house for the remodeled Student Union Building is Saturday, Feb. 20, 2016 from 3 p.m. to 4:30 p.m. The event starts with a celebratory ribbon cutting ceremony followed by student performances in the SUB. The GILA student store will also sell refreshments.

The residence hall staff have been hauling in new furniture to get everything organized and settled in, said Mr. Ramage.

Students also had the opportunity to help clean and organize the SUB for community service. “I’ve personally worked with the design and texture of the building,” said Mr. Ramage.

The old SUB was a recreation building used by the Air Force. When the boarding school was first opened, the building was used as the dining hall, and then it became a science classroom. The old building was the foundation for the new SUB.

The new sub has four different room. The student store, with tables and a large window facing south, is planned to be open most of the time. Students can do homework, play board games, and have electronic games systems set up in the student store as well.

The movie lounge, game room, and dance floor were designed to be divided into three different rooms. It was designed that way because it will be very useful for events going on campus, said Mr. Ramage.

The movie lounge has a new projector and new sets of speakers. The dance floor will be used for events like dances and Open Mic night. The game room will have a pool table and air hockey table.