Hunting is a way of life for Galena youth 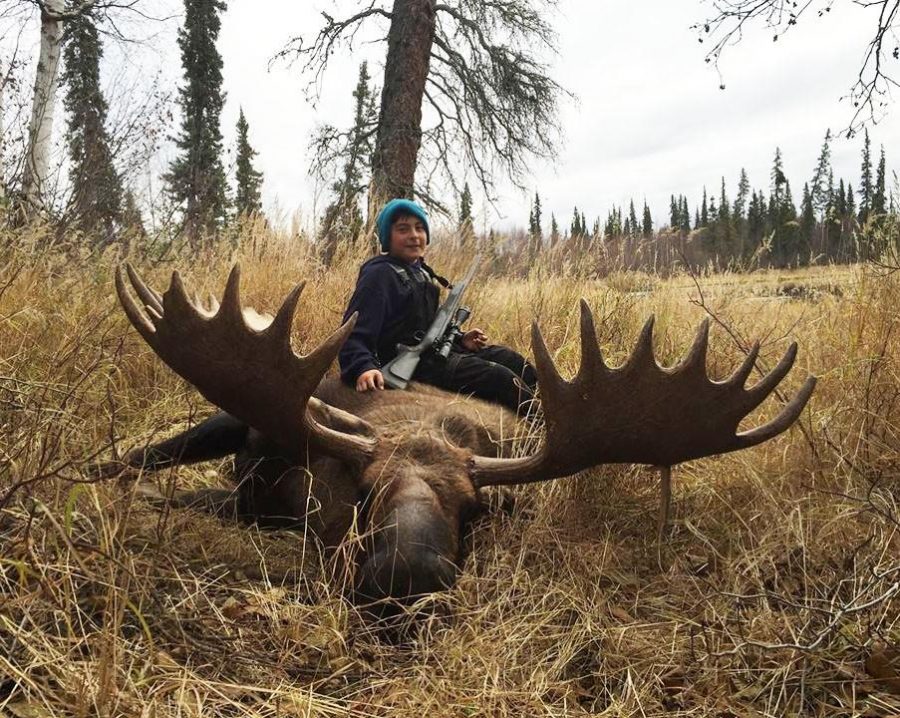 Sixth-grader Ian Esmailka with his first moose. Thanks to Trisha Esmailka for letting us use this photo.

By PAUL HUNTINGTON, special to the Hawk Highlights

Fall is a time for Alaskan hunters to go search for meat for the winter. Many of these hunters bring their children on the hunt to learn how to use a gun and to understand the wildlife.

Some children may begin handling a gun to harvest small game by age seven.

He is enthusiastic about hunting.

This year, his family flew 120 miles north to hunt caribou. They were butchering a friend’s caribou when his sixth-grade sister shot one across the river.

Hunting is a family event. Children get to share in the places parents and grandparents went when they were young.

Milo Huntington, 9, recently went hunting by boat with his father up the Koyukuk River where his grandfather used to go.

“We saw one bull-moose, but it was too far away to shoot,” he said.

There he skinned a fat beaver, learned how to navigate the river and avoid bruises from the rifle kick. This was not the year for Milo to get his first moose

His moose had 62 inch antlers.

He was happy to share his moose meat at the Yukon River Jamboree with ten other lucky hunters. Each family prepared a special dish like moose burgers, teriyaki ribs, and stuffed moose heart.

Hunting game animals and sharing the meat with friends and family is a tradition that goes back many generations. The hunters thank the animals for giving themselves so families can eat for the winter. In addition, the moose meat is very tasty.