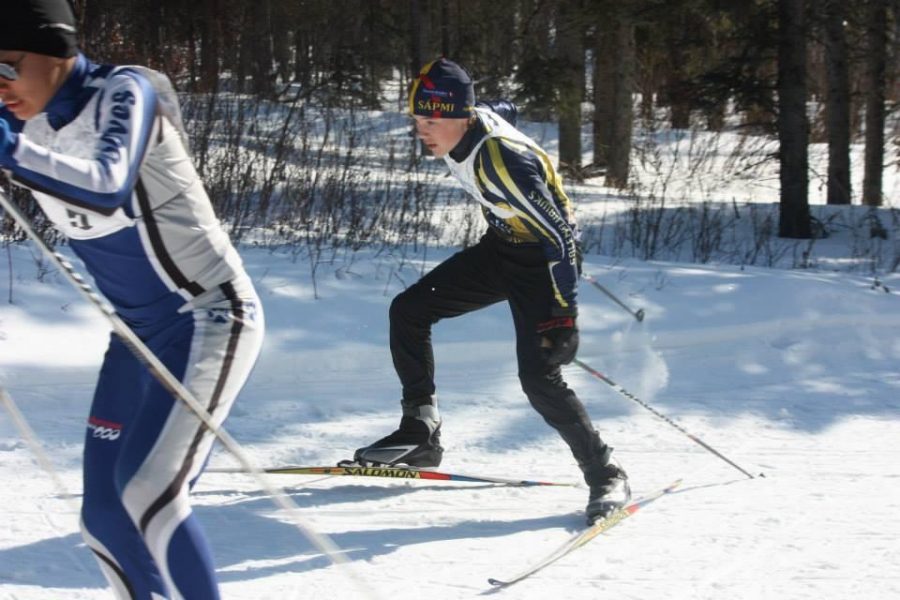 Jacob Moos, a freshman, is one of the two Galena athletes headed to next year's Arctic Winter Games following their performances at the WISA meet at White Mountain. Thanks to Connie Moos for this photo.

The honor for the two skiers came at the conclusion of the WISA ski meet in White Mountain. Galena’s junior high boy team came in first place among the half dozen teams at WISA. The high school girls came in second place, and the high school boys came in third place.

Jacob came in first place in the 7.4 kilometer cross-country ski race on March 26 against eight other skiers on packed powder with a light wind at 21 degrees, according to WISA. Jacob’s time of 26 minutes, 31 seconds was more than a half minute ahead of the second-place skier.

In the junior high race on the same day, Daniel skied the 3.9 kilometer course in 12:33, almost one minute ahead of the second-place skier. Daniel also came in first place in the biathlon ski race on March 27 with a time of 23:02.

Fifth-grader Joe Riddle came in third place in the cross-country ski race with a time of 14:43 and the biathlon contest with a time of 25:43 and eight hits on the target.

Galena sharpshooter Breanna McLain, a sixth grader, hit 10 out of 10 shots in the junior high girl’s biathlon, coming in second with a time of 25:17. Landen Olin-Duncan and Ian Esmailka, both fifth graders, hit the target nine out of 10 times in their biathlon efforts.

The WISA results for Galena: