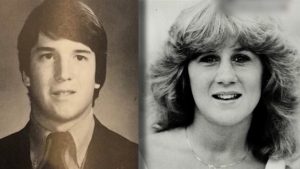 Students in the journalism class have a unique perspective on the allegations of sexual assault in the nomination of Judge Brett Kavanaugh for the Supreme Court. Kavanaugh is accused of misconduct in an incident when the alleged victim was 15 and he was 17, the same ages as many of our staff writers for the school newspaper. The students read the original story in the Washington Post about the allegation and the letter by the accuser that followed. These were written before allegations from a second woman emerged over the weekend.

I think that Judge Brett Kavanaugh should go to court before anything is decided about his nomination to the U.S Supreme Court.

The other boys from the party should be pulled forward as witnesses to either testify for or against Kavanaugh. However, I know that the day and age that we live in allows anyone to accuse rape or molestation on anyone anywhere. This is why I believe it is not stressed enough that people go to court for important things like this.

If these accusations are true, this woman’s life and sense of security has been changed forever and no one has the right to affect another person’s life like that, especially in a negative and horrific way as this. If Christine Blasey Ford is serious about these accusations she will be willing to come forward in the court of law and testify against Kavanaugh.

Only by bringing in witnesses and going to court will we find whether or not this accusation is true and whether or not Kavanaugh is an attempted rapist. If this really did happen, I am unsure as to why Ford did not speak about this incident prior to Kavanaugh being elected to become a member of the Supreme Court.

If Kavanaugh is proven guilty in the court of law as an attempted rapist, he should be forced to resign from his political position and removed from any and all courts. He should also have attempted child rapist added to his background file.

If we cannot rely on our own system of justice, then why should we have one in the first place? It is not right under any circumstances for someone to be exempt from the law, nor is it OK for someone to destroy another person’s life and reputation because of a false accusation.

Judge Brett Kavanaugh should be asked to step aside from the nomination of the Supreme Court.

When Kavanaugh was 17 years old, he was accused of sexually assaulting a 15-year-old female in a party after consuming alcohol. If the accusation is true, he should be rejected from the Supreme Court. If not, the nomination should proceed as expected.

As a 17 year old, I think that Kavanaugh should have known right from wrong; considering the fact that he was almost an adult during the incident. Christine Blasey Ford, the suspected victim of the occasion, had first shared her experience in 2012 with a marriage counselor, and then finally, this summer which became public and viral toward the middle of September.

I believe that Christine Blasey Ford’s accusation of sexual misconduct by Judge Brett M. Kavanaugh shouldn’t affect whether or not the Senate approves his nomination to the Supreme Court.

Kavanaugh was nominated by President Trump to join the Supreme Court and voting was scheduled for this week, but the Senate’s decision has been postponed due to Ford writing a letter to senior Democrat lawmaker Sen. Diane Feinstein accusing him of sexually assaulting her when they were teenagers at a party when both were drunk.

After looking into the details, I’ve decided that I think that this accusation shouldn’t affect anyone’s opinion of his eligibility to the job. With how vague the evidence she has against him really is, such as therapist notes that list four boys (which Ford claims to be an error on the therapist’s part) being involved in a rape attempt on Ford, a statement from her husband saying that he “recalled his wife using Kavanaugh’s last name” while recounting a sexual assault attempt in her “late teens,” and a polygraph performed by a former FBI agent that concluded Ford was being truthful, I doubt that he even did it.

In addition to the vague evidence, sixty-five women that knew Kavanaugh wrote another letter stating that he has always treated women with decency and respect. Ford has also admitted that she doesn’t remember some key details of the incident, and that she was merely “friendly acquaintances with” and barely knew Kavanaugh. I think that this woman was in fact sexually assaulted, but I doubt that it was actually Judge Brett M. Kavanaugh.

Judge Brett M. Kavanaugh is a nominee by Donald Trump to be a Supreme Court justice. The nomination was stopped when a Washington Post article stated that Christine Basely Ford accused Kavanaugh of sexually assaulting her when they were both teenagers in high school at a party where both were drunk.

Most people have had an experience with alcohol or drugs. You go through stages when you turn into a teen. And most people have gone through a phase that they would later regret doing.

If you can’t remember something while in the process of intoxication, you will not remember from the moment you started drinking to the point when you remember waking up. Ford stated in her letter to Senate Judiciary Committee member Sen. Diane Feinstein that she and Kavanaugh were “stumbling-drunk,” and I know for a fact that when a person is blacked-out drunk, they wouldn’t remember, although it may be possible that a person wouldn’t get drunk if he or she is a alcoholic. Ford wouldn’t have a memory if she was stumbling-drunk.

The Washington Post article also reported about other people who knew Kavanaugh throughout his life. Those people stated that Kavanaugh was a kind person and that he respected women. So the facts I’ve heard from these people can make me conclude that he is not guilty.

If the accusation of sexual assault against him is found to be true, I think Judge Brett Kavanaugh’s nominations for the Supreme Court should be rejected.

Sexual assault is a violation of the law.

Kavanaugh was nominated to be on the Supreme Court by Pres. Donald Trump, but a vote on his nomination is now postponed after Christine Blasey Ford accused him of sexual assault when they were both in high school. According to the Washington Post, Ford took a polygraph test and was reported to have passed, so she must have believed what she said was the truth and her memory was accurate, yet there is no other proof that Kavanaugh had done this.

Kavanaugh is known because of his brilliance, according to the Washington Post, and he was not into anything crazy or illegal. The newspaper also reported that Kavanaugh has stood out for his friendship, character, and integrity, and he also treated women with decency and respect, which was said to be true when he was in high school.

Judge Brett M. Kavanaugh should have to answer for his actions in a court of law for his past errors.

Kavanaugh was nominated to the Supreme Court by Pres. Donald Trump, but days before the Senate could vote on the nominee, the Washington Post published an article alleging sexual misconduct that postponed the vote..

According to the Washington Post, Christine Blasey Ford, now a professor at Palo Alto University, has accused Kavanaugh for sexual assulting her at a party when they were both in high school. Ford says she was going to the restroom upstairs when Kavanaugh and a friend forced her into a bedroom. Ford said she tried to scream for help, but Kavanaugh covered my mouth, according to a letter she sent to Sen. Diane Feinstein, who is on the Senate Judiciary Committee, which approves judicial nominees.

Ford said she was able to escape from Kavanaugh when Mark Judge, Kavanaugh’s friend, jumped on top of them both and causing them all to stumble. She ran to the bathroom and locked the door and then after hearing Kavanaugh and Judge going down the stairs, she went down the stairs and left the party.