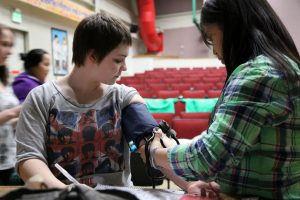 Hawk Highlights staff writer Candace Cox goes beyond the call of duty volunteering to have her blodd pressure taken by a fellow student at the recent health academy.